Ainsley plays the trombone, has a sweet tooth (and a fast metabolism), and a penchant for Fresca, which is not stocked in the White House.[1] She is a noted fan of musicals and older music in general including Eydie Gorme's 1963 hit Blame it on the Bossa Nova. She even got into a mild argument with White House Counsel Lionel Tribbey over whether 'For He is an Englishman' was from Gilbert and Sullivan's HMS Pinafore or Pirates of Penzance. Sam Seaborn later decorated her office (the Steampipe Trunk Distribution Venue) with posters from many of Gilbert and Sullivan's musicals, including Pinafore and Penzance. The song ('For He is an Englishman') was used as a celebratory ode to Ainsley's continuing Republican values.[2]

As a Republican, she often held personal positions that were at odds with those of the Bartlet White House. She once returned to her Alma Mater, Smith College for a panel to argue against the Equal Rights Amendment, a position that Sam couldn't understand. She said she felt "covered" by the 14th Amendment.[3] She also reversed Sam's position in a memo regarding employee fraud at small businesses. He eventually recommended it be passed on to Congress.[4]

Hayes worked as a lawyer and clerked for Supreme Court Justice Dreifort. She published a number of op-eds critical of Leo McGarry, the Bartlet Administration, and the Democratic Party. Ainsley joins the political debate show Capital Beat, her first ever appearance of television, being condescended to by host Mark Gottfried. Hayes appears opposite Sam Seaborn and obliterates him, catching President Bartlet's eye. Bartlet has Leo ask Ainsley in for a meeting at the White House and Ainsley assumes this is done to reprimand her. She is shocked to learn that The President is offering her a position with the administration. Leo, as instructed by the President, appeals to Ainsley's 'sense of civic duty' in dispelling her worries about party differences. Ainsley's asked to return and give her answer the following day, where she catches wind of CJ's qualm with CJ's comments to a reporter. Ainsley advices CJ, much to the latter's relief, and proceeds to meet with Leo to decline the job offer. At McGarry's office, she meets Josh Lyman and has a tense face-off with Sam Seaborn about guns. Because of the coup in Equatorial Kundu and Ainsley doesn't meet with McGarry, but passes an open door to the Oval Office and sees how the administration works. She meets up with her friends and defends the Democratic administration to them, stating that she's taking the position.[5] Ainsley advised senior White House staff on a number of occasions, eventually receiving a promotion (albeit for political reasons) to Deputy White House Counsel in mid-2002.[6] By 2003 when fellow Republican Joe Quincy is applying for a similar role, it is stated that she has left the White House.[7] A few years later, Ainsley submits her resumé to the incoming Santos Administration for White House Counsel.[8]

Hayes had an Undergraduate degree from Smith College and JD from Harvard Law School.

Sam has his ego bruised badly by Ainsley's competence and intelligence in the face of Sam and Gottfried's sexist remarks about her. Although they further clash when Sam agitates Ainsley simply for being a Republican as she is offered a job with the Bartlet Administration, Sam combats his sexist tendencies and useless prejudices to be there for Ainsley when she starts the job and is threatened by two White House staffers. They become friends and retain the combative nature of their relationship, their banter often having a flirtatious undertone.

Cliff is a friend of Ainsley's, with whom she went to law school. She sets Cliff up on a date with her colleague, Donna, and Cliff becomes a part of the Bartlet Administration's history when he serves as part of the hearings into the MS scandal. Though Cliff and Ainsley aren't seen hanging out together, it's implied they have sustained a good friendship after law school, as Ainsley describes him as both cute and funny. 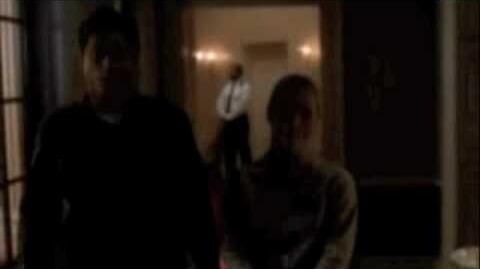 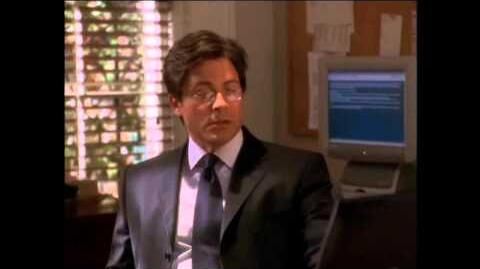 Series creator Aaron Sorkin states one of his biggest mistakes on the show was never making Ainsley Hayes a regular character. Although he loved Emily Procter's performance and chemistry with the rest of the cast, at the time he felt adding another actor to the already large eight-person lead cast would be too difficult. Procter was later cast as a regular on CSI: Miami which meant Ainsley was sent to Mandyville: her appearance in Season 7 appears to be the series' way of opening up the possibility of her interacting with the White House staff once more.[9] Procter noted in a later interview that had she known how much Sorkin wanted to keep her on the show, she would have made more of an effort to return to The West Wing.[10]