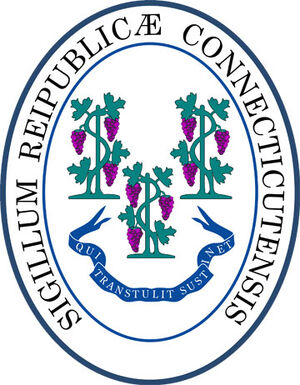 Connecticut is one of the United States of America, located in the New England region of the north-east. It is bordered by Rhode Island to the east, Massachusetts to the north, and New York to the west and south.

In 2000, while driving through the town of Wesley, Supreme Court nominee Roberto Mendoza, who had planned to stop in Connecticut for antiquing, was wrongfully arrested by local police for drunk driving. The Governor of Connecticut helped White House officials to get Mendoza out without any reports of the incident being written.[1]

Retrieved from "https://westwing.fandom.com/wiki/Connecticut?oldid=28544"
Community content is available under CC-BY-SA unless otherwise noted.