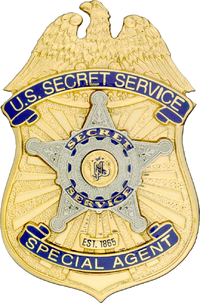 The agency was founded in 1865 as a part of the United States Treasury to investigate and combat counterfeiting. The head of the Secret Service is the Director, followed by the Deputy Director and the Chief Operating Officer.

Retrieved from "https://westwing.fandom.com/wiki/Secret_Service?oldid=26775"
Community content is available under CC-BY-SA unless otherwise noted.