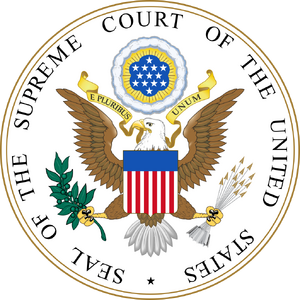 Composition of the Court

Based on a comment by Donna Moss in Episode 5.16, it's known that two of the Supreme Court justices were women, with Lang's appointment in 5.17 increasing this to three.  In the final episode of Season 4, Speaker of the House Glen Allen Walken is sworn in as Acting President by a female jurist.  Charlie Young announces her as "Justice Sharon Day."  It is not known if she is an actual member of the Court, or an oversite on the show.

Retrieved from "https://westwing.fandom.com/wiki/Supreme_Court?oldid=27883"
Community content is available under CC-BY-SA unless otherwise noted.